<< BACK
NEXT >>
We look at how book marketers are using Twitter and why it’s one of the most effective marketing tools. We give you some tips on how to use it, how to get started, and how to maximize your chances of getting important people to follow you back. 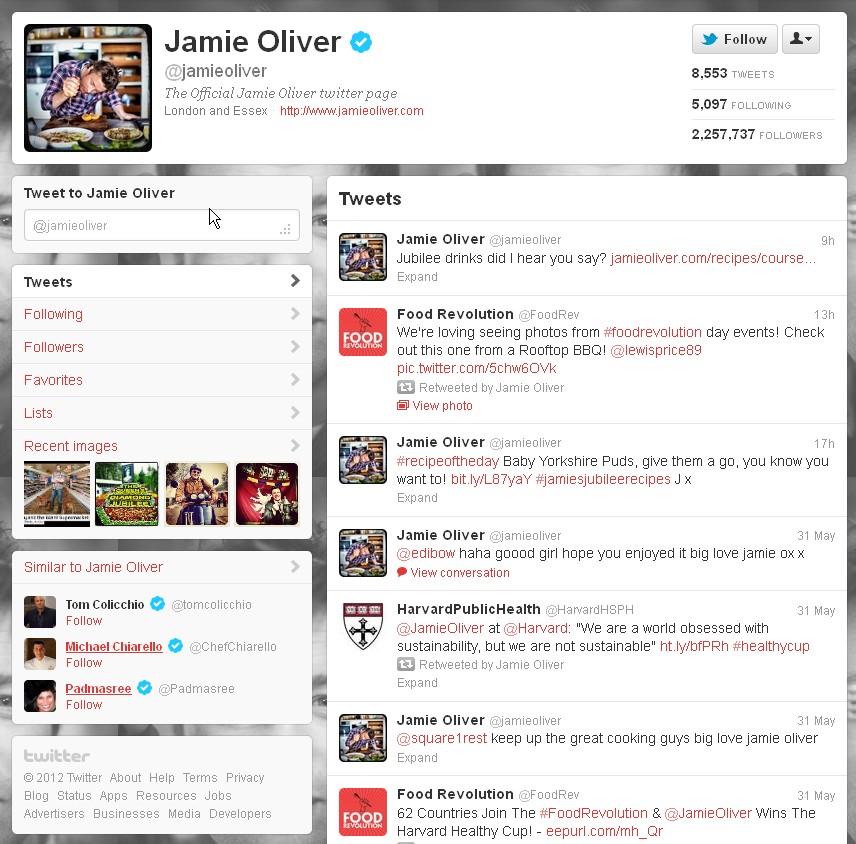 In spite of its simplicity (or perhaps because of it), Twitter has proved to be a formidable tool for digital marketing. It frequently delivers more traffic to websites than its much bigger rival Facebook.

And it’s the social network of choice for many of the web’s most highly-engaged users.

Here are some of the most powerful features of Twitter that help to make it such an effective tool for both its users and marketers.

It’s where you go first these days for breaking news. And conversations happen in close to real time — a good reason to check your Twitter account regularly. You can set email and SMS alerts to notify you when someone contacts or mentions you through Twitter.

Twitter’s tweets are 140 characters because that’s how many characters are in a text message. It was designed to be mobile-friendly from the start and that’s become even more important as smartphone use has exploded.

One of the things Twitter excels at is link sharing. This probably explains why, in spite of having just a quarter of the users, Twitter often drives more traffic to websites than Facebook.  And many people like to use Twitter to follow their favorite blogs and news sites. The 140-character limit has driven the popularity of so-called URL shorteners like TinyURL (http://tinyurl.com) and bit.ly (http://bitly.com). These save space by turning a long web page address into a very short one.

Retweeting a Tweet is like forwarding an email. It’s one of the best ways to spread your message beyond your own group of followers, greatly expanding its reach. This might be a link to a story on your own site, or simply an interesting link that some of your followers will want to pass on, with comment or unchanged. They’ll usually acknowledge you as the source, via the @ symbol.

The @ symbol in front of your Twitter name (@MyName) acts like an email address. It lets anyone on Twitter reference another user, or send a message to anyone they follow. @BarackObama sends a message to the President – a mention in Twitter-speak. But note that this is a public message which all your followers will see, not a private one!

This is one-to-one email using Twitter. You can send a private one-to-one message, called a Direct Message, to any followers who also follow you.

But, as with all social media, tread lightly to avoid stirring up a storm of angry followers (who will probably unfollow you if they feel you’re overstepping the mark).

It takes a little bit of practice to get used to the stricture of its 140-character limit but, like headline writing, it’s a skill that literary minds can make their own.

Here are a few tips that will help you use Twitter more effectively in your marketing. In the next section, we’ll see several of these in action when we examine a few tweets from the experts.

How to find and manage followers

We briefly looked at Twitter in the earlier section on how to find the key influencers. Now that you’re more familiar with Twitter and how to use it, it’s time to revisit some of these tips and put them to use.

First, Twitter itself has several useful features to help you find and follow people who will be relevant to you.

Here are some of the best third party tools for analyzing and finding Twitter followers.

When you follow someone, it usually triggers a notification to that person. A lot of people will check this to see who their latest follower is and whether they’d like to follow back.

You can use this as a way to get yourself in front of those important people at an opportune time. So don’t waste this precious opportunity by following people too soon. You only have a few moments to win them over so it’s important that you get those first impressions right.

If you do nothing else, do these two things before finding people to follow:

You have a picture or two, 160 characters and a link to work some magic so put a little time into crafting this. Go to your Twitter profile settings (click the gear wheel at the top right of your Twitter page) and complete each part (the Header image is nice but optional). And if it helps, consider using the link to send curious visitors to a special landing page, rather than just to your website or blog home page. You can change the landing page as often as you like so it’s possible to have a topical message there. However, don’t oversell.

What comes first, the bird or the egg? In Twitter’s case, you should lay some eggs before you go out in search of other tweeters to follow. When someone checks out your Twitter page, they’re most likely to review your profile then quickly scan a few recent tweets to get a sense of who you are — and whether they should follow you back. So make sure you show you have some great, high-value links and tweets to share, even if it means tweeting to yourself for a while. (Yes, you can tweet to zero followers.)