A very short history of ebooks

Let’s get started with a quick look back at how we got here. The surge in ebooks is recent but the origins go back much further. We look back at the early developments — and false starts — and how they set the stage for the digital publishing industry we know today. 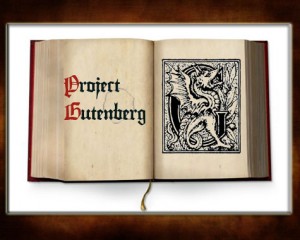 The ebook is an overnight success, but it’s been 40 years in the making. The starting point is often pegged at 1971, the year that Michael Hart started Project Gutenberg.

This was a volunteer effort to make electronic editions of the world’s best literature freely available. Thanks to Project Gutenberg, we can now read 30,000 classic texts free of charge and 100,000 more from partner efforts.

But important as this labor of love was, it’s not what propelled the dramatic rise in ebooks that we’re seeing today. The decades that followed saw slow progress, though important foundations were put in place. 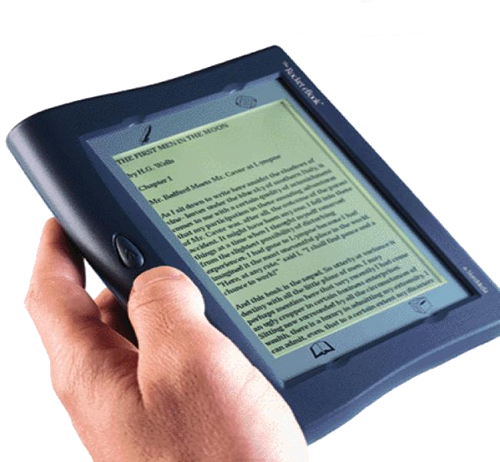 Rocket eBook, one of the first e-readers, was released in 1998 (click to enlarge)

From the late 1990s, a variety of portable gadgets came on the scene, including the earliest dedicated ebook readers like the Rocket eBook and the Cybook, released in 1998; and so-called personal digital assistants (PDA) like the Palm Pilot, released in 1996. There was initial excitement and a lot of development but the wider book market was largely unaffected. The personal computer was unsuitable for long-form reading and these portable devices tended to be more of a business tool — and complicated.

Without a widely-adopted format, ebook selection was also limited since publishers had to produce several versions and readers risked not being able to read their purchases if they switched devices. The industry began work in the early 2000s to produce a standard format which would come to prominence later in the decade, but with lots of challenges and no real circuit breaker, the ebook industry went into a hiatus.

Many of these developments came together in 2006 with the launch of the Sony Reader in the US.

The Sony Reader was a book-sized gadget which introduced the mass market to an innovative paper-like screen called E Ink. It created a comfortable, portable reading experience.

Another important move: Sony married its e-reader to an online ebookstore that simplified access to ebooks – though buying and reading ebooks was still not for the technically-challenged. 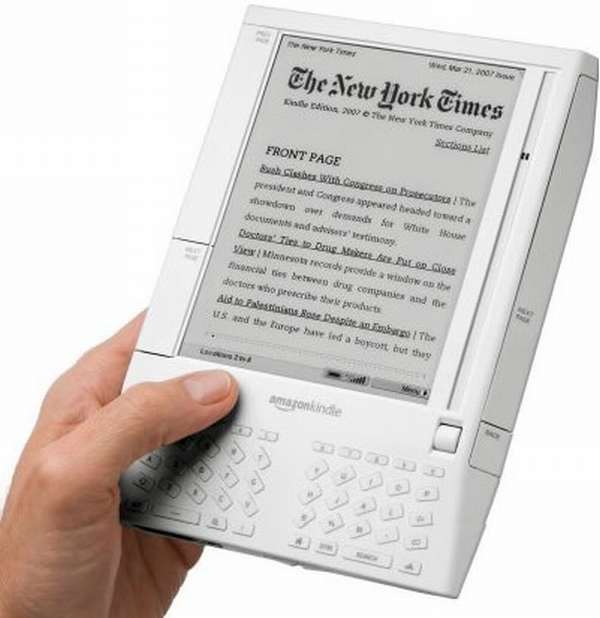 Sony had the right idea, but the event that ignited the market happened a year later when Amazon launched its Kindle e-reader. Amazon’s leverage with publishers ensured that it launched with a large catalogue of popular titles. And, importantly, it put everything together in a way that worked easily for ordinary consumers.

Until the Kindle came along, buying and reading ebooks required technical skill and forbearance. Amazon had another trump card: it set a top price of US$9.99 for most of its ebooks. 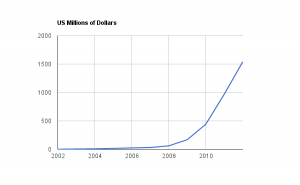 The result was dramatic

Prior to the Kindle, less than 1% of book-market sales were ebooks but sales leaped after Amazon’s entry. Within five years, they’d reached 20% of the US trade book market, with about half of the sales of popular new releases coming from ebook editions, and a third of the US adult population owning an e-reader or tablet.

While growth rates are now slowing in some markets such as the US, the ebook market continues to expand, as print shrinks, and is forecast to eclipse print sales before the decade is out. Meanwhile, the rest of the world is catching on to ebooks. 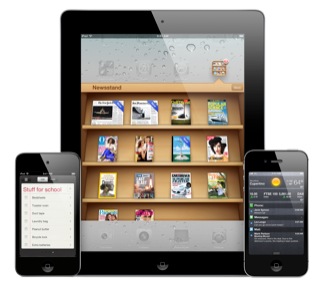 Growth in several international markets has surged following Amazon’s US launch, propelled by Amazon and competitors, such as Kobo, Apple, and Google. Amazon remains the 800-pound gorilla worldwide with about two-thirds of the global ebook market by most estimates.

Although ebook-reader penetration in many countries is low, publishers can now add hundreds of millions of ebook readers from the US and elsewhere to their market. Thanks to emerging global networks, such as Amazon and Kobo, potential customers for your books can now be reached worldwide.