<< BACK
NEXT >>
The original Kindle and EPUB formats have shortcomings when it comes to dealing with complex layouts and rich media such as video and audio. These more advanced digital publications are often referred to as enhanced ebooks. Here’s a quick overview of some of the more important alternative formats in this changing landscape. 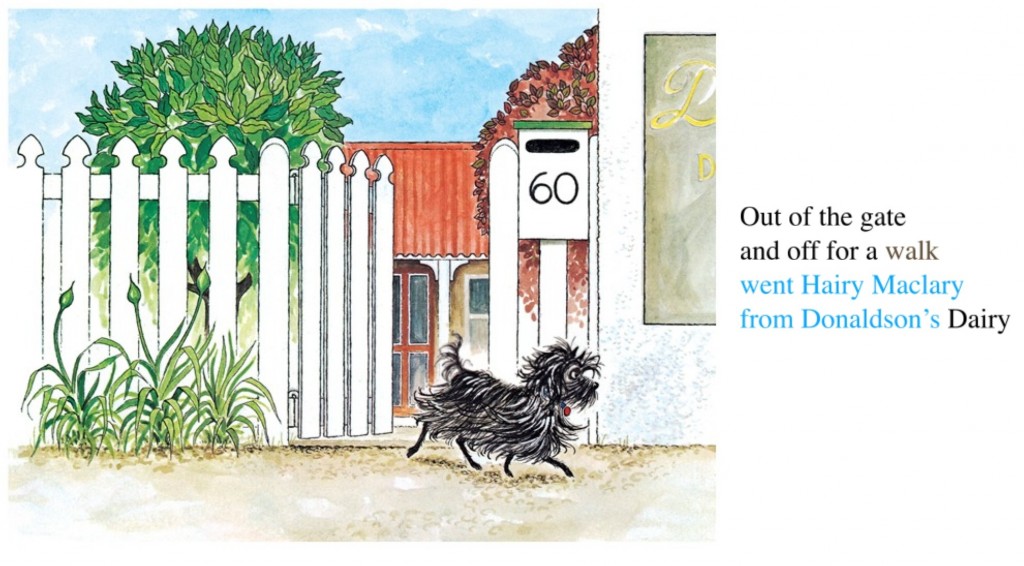 Page from an ebook app with read-aloud audio. Click to enlarge or watch a video of this app in the App section below. (From Hairy Maclary by Lynley Dodd, production by Kiwa Media.)

Enhanced ebooks go beyond the simple layouts of most ebooks to offer more complex formatting, illustration, and rich media such as video, audio and program-like interactions. As we’ve just seen, updates to the EPUB and Kindle formats — EPUB3 and Kindle KF8 — provide the advanced features needed for enhanced ebooks. A new breed of e-reading devices and apps is emerging to support these new versions.

But several other systems have emerged to tackle the enhanced ebook market, some of them optimized for specific markets such as magazines, textbooks, comics or children’s books. It’s possible EPUB3 and KF8 will supersede them but that’s still an open question: Each format and production system offers features and advantages over EPUB3 and KF8.

We’ll take a brief look at some of the more important formats being used today to produce enhanced ebooks in this changing landscape.

These tools and formats are just a small selection of the many options to produce enhanced digital publications. Each of these has solid backing and supporters among the publishing community but this is a field where we’re still some way from having a widely-adopted standard.

Before we introduce the various formats you can choose from, let’s take a quick look at the production of a simple picture ebook designed for the Kindle KF8 format.

VIDEO (5:12): Click to view video showing how to produce a simple picture ebook.

The example we’ve chosen uses an online production tool called AerBook Maker which lets you create a multimedia ebook and export it in a number of formats, both as ebooks and as apps.

We’ll discuss the format options below and we’ll look at digital production tools later but for the moment, this short video will give you a glimpse at what can be done. 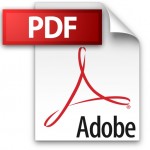 Let’s start with a format that’s been around for decades and is still widely used. PDF (Portable Document Format) from Adobe Systems can be read on any PC or Mac and most mobile devices using free the Adobe Reader software found in many applications.

This ubiquity has made it popular as an ebook format and you’ll still see PDF as an option in many ebookstores. Its main feature is that it preserves print layout but, as we saw earlier, these layouts lack the ability to reflow text and don’t work well on newer mobile devices.

Read more about PDF options
PDF continues to serve the needs of many non-fiction and textbook applications where research and reference use is more important than readability on a mobile device.

But beware of compatibility issues. Many types of software now read PDF files and one of the consequences is that they don’t all support the full set of advanced features. So you’ll find that your interactive PDF ebooks render differently and, in some cases, not at all. Unless you know your potential users well (for instance, internal company use), interactive PDF is not recommended as an ebook format.

The term ‘app’ is short for application: it is a small software program written to install automatically on a mobile device such as a smartphone or tablet. Apple popularised the term when it opened its App Store in 2008 for the iPhone and later for the iPad.

A book wouldn’t normally be associated with a piece of software. But many publishers have produced books as apps to take advantage of sophisticated features that weren’t available to them with ebook formats.

Here’s a video showing a children’s book app in action.

Features of apps include:

While these features are exciting and there have been relatively limited successes with this format. It’s hampered by some disadvantages.

In spite of these challenges, apps still show promise for some types of books, such as illustrated children’s books and graphic novels, and publishers continue to experiment with them. They’re also finding favor with some magazines where a special feature of app stores, called in-app purchasing, allows the latest edition of a periodical to be purchased from within the app. Apple has helped this further by adding a special store called Newsstand to sell single issues and subscriptions.

Here are a couple of videos showing the potential for ebooks as apps.

This video from specialist children’s book app producer Kiwa Media shows some of the things beyond standard ebooks that apps can do.

VIDEO: The Art of TinTin – An ebook app

This video (2:49) shows the app that publisher HarperCollins produced from its illustrated book The Art of the Adventures of TinTin. It’s further enhanced by its access to assets from the movie version of TinTin.

Several ebooksellers have introduced extensions to the EPUB and Kindle reflowable formats – to stop them from reflowing. This might seem like an odd thing to do, but the point is to make them work with illustrated layouts, such as children’s books, cookbooks, graphic novels and comics, or magazines, where you need to preserve the exact layout.

This is similar to what a PDF does but fixed-layout ebooks work within the standard EPUB and Kindle formats, meaning that ‘under the hood’ they use open web standards such as HTML which can be easily reformatted and re-purposed for other uses.

The image below shows an example of a fixed layout EPUB ebook produced for the Kobo ebookstore. The ebook also includes read-aloud audio. 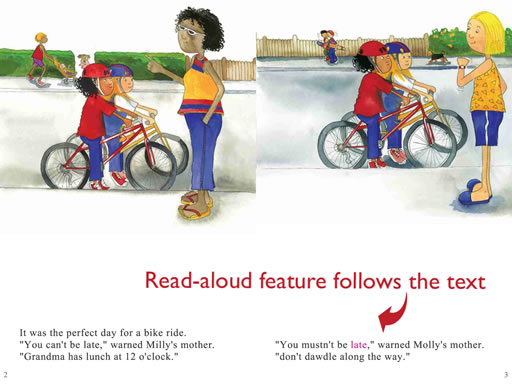 Page from a fixed layout EPUB ebook with read-aloud audio. Click to enlarge. (From Milly Molly and the Bike Ride by Gill Pittar, illustrated by Cris Morrell, production by Kiwa Media.)

Ebooksellers who support fixed-layout ebooks include Apple, Barnes and Noble’s Nook, Amazon, and Kobo. Fixed layout ebooks are more complex and more expensive to produce than standard ebooks and there are several incompatible formats.

Fixed layout options are part of the new Kindle and EPUB formats, providing further impetus to this approach:

Further innovations in fixed layout ebooks are aimed at supporting specific types of books. Examples are the ability to expand text blocks as they are read to make comics, graphic novels and children’s books more readable. And synchronized audio and word highlighting allow read-along in children’s ebooks. Along with the prevalence of color screens on tablets, these ebook categories are seeing strong sales growth. 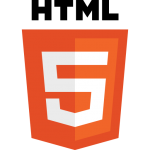 An emerging technology is called web apps. These apps offer many of the advantages of the native apps while also removing some of the disadvantages, especially the need to produce multiple versions for each platform and having to sell through a particular vendor’s app store.

Instead of being written using the complex, usually proprietary, programming languages associated with “native” apps, these apps are written using HTML (especially the latest version HTML5) and other web technologies (notably CSS3 and Javascript), essentially the same technologies that underpin ebooks.

The idea behind web apps is that:

This broadens access to the apps and simplifies the number of editions publishers must produce and maintain. It also gives publishers more control over distribution.

Web apps hold a great deal of promise for some applications such as children’s books, travel guides, cookbooks, textbooks, and training manuals. And their ability to easily deliver updated content makes them attractive to magazine and newspaper publishers.

But at the moment, they still don’t match the performance and sophistication of native apps.

With the development of ebooks as web apps, it will be a short step for ebooks themselves to “live in the cloud” — rather than downloading files, you’ll read your ebooks and access your ebook library over the internet, a trend we’ll see unfolding over the next few years.

Among the most advanced examples of web apps currently are:

There is a rapidly-expanding selection of tools to produce enhanced ebooks. We’ll look at two popular options below. Adobe and Apple offer software that you install on your PC or Mac but a fast-growing category of newcomers operate entirely online via your web browser, no local software required. We look in more detail at the various options in the Production module.

Adobe has developed its Digital Publishing Suite primarily for magazine and other periodical publishers but it will suit some enhanced ebook publishing projects, especially for publishers already using Adobe InDesign for their book production.

Here’s a video from Adobe that gives you an overview of how to produce and publish a publication app using Digital Publishing Suite (since updated to version CS6).

Apple has produced a free program called iBooks Author to create rich media ebooks for the Apple iPad. It runs on a Macintosh computer and makes it easy to produce highly-designed ebooks, even by non-technical users, such as authors and teachers.

The resulting ebooks are sold through Apple’s iBookStore. Apple has aimed Author at the textbook market but it will work for any ebook with a complex design or for multimedia.

While this is restrictive, Apple is a big player in the consumer and education markets, and its iBooks 2 format and Author creation tool can produce high-quality illustrated works, making it attractive for many ebook projects.

Here’s a short tutorial that shows how to use iBooks Author to produce an interactive photo book.

So, which format is the right format?

Unfortunately, there’s still no ‘right’ answer to this question, making it challenging for publishers who want to move beyond simple narrative ebooks. Here are a couple of tips to help you decide.

#1 Enhanced ebooks are for small niches

If you want your ebooks to be widely-readable, stick to the older EPUB and basic Kindle formats (or PDF). Standards are still evolving — including the publishing industry’s open standard EPUB3 — and many enhanced ebook projects remain experimental.

If you plan to produce some enhanced ebooks, the best strategy is to start with the reader, not the design or production considerations. Start by identifying:

This will narrow down the format choices while also ensuring that your enhanced ebook is as widely available to your target readers as possible.

We’ll look at production options when we get to the section on Production. It’s a field that is advancing rapidly and opening up an increasing (and often confusing) range of choices, many aimed at simplifying the process for non-technical publishers to produce apps or enhanced ebooks in-house.