The two formats that matter most today

We start with a look at the two ebook formats that matter most today: Kindle and EPUB. These formats adhere to the features we’ve seen that have made ebooks successful.

They work well in both dedicated e-readers and in devices such as tablets, or even smartphones. And they enjoy large, global distribution channels.

New versions — EPUB3 and Kindle KF8 — take advantage of more powerful e-readers and move ebooks beyond their mostly-text stronghold. But they’re slow to catch on and the older ebook formats still dominate.

We’ll look at the new versions later in this section.

This is Amazon’s own format, often referred to as mobi or AZW. In most markets, it holds the largest market share. Most Kindle ebooks must be bought from Amazon’s Kindle store, and can only be read using an Amazon device or Amazon e-reader app. 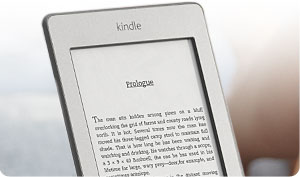 This is less onerous than it might sound. Amazon provides free e-reading apps for most popular platforms. Using these apps, you can read the same Kindle book on several devices, not just the Amazon-manufactured Kindle Reader.

Amazon makes ebook reading simple for non-technical consumers. For instance, its WhisperSync  technology remembers the last page you read and synchronizes all of your devices so you can pick up reading where you left off.

WhisperSync also synchronizes bookmarks you might have added and looks after a range of other things that make your reading experience simple and pleasant.

And when you buy an ebook from the Kindle store, WhisperSync delivers it wirelessly to your Kindle e-reader or app.

In spite of its proprietary nature, the Kindle format traces its origins back to a decade-old industry standard, the same one that formed the basis of today’s other widely used standard, EPUB.

Amazon has begun the process of phasing out the mobi format in favor of its next-generation format, KF8. But this will take time and mobi will be important for a while yet.

Most of the rest of the ebook market uses a format called EPUB. Short for ‘electronic publication’, this is an open industry standard developed by an association of major publishers and other interested parties, the International Digital Publishers Forum (IDPF). It is now maintained by the publishing group of the Worldwide Web Consortium (W3C), the organisation that develops web standards.

The EPUB format is accepted and distributed directly by most major ebookstores, including Google, Apple’s iBookstore, Barnes and Noble’s Nook, and Kobo – but not Amazon. EPUB is also the format favored by libraries for ebook lending.

EPUB and Kindle share common origins. They stretch back to a 1999 industry initiative called the Open EBook format. EPUB really took off after the release in September 2007 of version 2 of the specification, just a couple of months before the Kindle’s launch.

The two events propelled a massive increase in the number of books being converted to ebooks. Most ebooks available today adhere to the version 2 EPUB standard.

EPUB as a production format for Kindle

This common ancestry means the Kindle and EPUB formats are similar enough to allow conversion between them.

While Amazon refuses to sell EPUB ebooks, it will accept them directly from publishers and will convert them to its own Kindle edition. So EPUB is the primary production format for many publishers, even though most of their sales happen on the Kindle platform.

The next generation of EPUB and Kindle

EPUB version 3 (EPUB3) and Kindle Format 8 (KF8) are the first major upgrades to these ebook standards in several years.

Both formats offer the opportunity for richer, more highly designed ebooks. However, before they can do that, ebook readers and apps have to be upgraded to read these new formats, a transition that is taking years rather than months.

The good news is that next-generation e-readers are still be able to read ebooks in the older format (but earlier devices, unless upgraded by their manufacturers, won’t be able to read EPUB3 files.)

The latest version of the EPUB standard — the first major revision since 2007 — implements an ambitious group of new features that aim to address key limitations of today’s ebooks.

Key to this is its support for the latest web standards (technically-speaking HTML5, CSS3 and JavaScript).

Among the new features in EPUB3 are:

Should you create ebooks using EPUB version 2 or 3?

The slow phase-in of EPUB3 means you should generally minimize the use of advanced EPUB3 features in order to reach the broadest range of users. Most e-readers still don’t fully support it.

If you use EPUB3 features, you should design your ebooks with what’s called a fallback — a simpler alternative feature that can be read by earlier e-readers.

There’s no guarantee that EPUB3 will succeed in the market. But it promises to address a lot of the shortcomings of the very successful EPUB2 while retaining its successful features, opening the way for textbooks, illustrated works and possibly periodicals.

A big advantage it should have over proprietary alternatives is that it will work with the same distribution channels, e-reading devices, and production processes that made EPUB 2 the first choice for the (non-Amazon) industry. 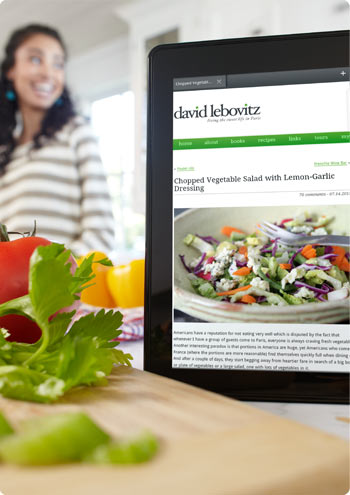 This is Amazon’s answer to EPUB3. Like EPUB3, it supports HTML5 and CSS3, the latest versions of these key web technologies, and provides access to advanced formatting features.

Among new Kindle KF8 features are:

A notable absence is that KF8 doesn’t yet have the interactivity support that EPUB3 offers through Javascript.

Fortunately, Amazon makes this simple for publishers: with the KF8 format, Amazon automatically generates a mobi format too. So a single KF8 file actually contains both mobi and KF8 formats to ensure universal Kindle compatibility.

Indeed, a KF8 file will also hold an EPUB file if this was supplied by the publisher for conversion. While it won’t display EPUB, Amazon retains this format, and the original mobi format, to ensure maximum distribution and future-proofing.

For narrative ebooks with a few images and simple formatting, the older EPUB and Amazon mobi formats are still the best choices.

EPUB3 and KF8 provide a better choice than the older formats for ebooks that need more advanced formatting and features. But they still have limited distribution.

There are other options for so-called enhanced ebooks, as we’ll see. And some of these alternative formats have better production tools and can currently reach a bigger potential market.