<< BACK
NEXT >>
For most print-centric (or so-called ‘legacy’) publishers, Adobe InDesign software is at the heart of their production process. For this reason, many publishers want a production system that will let them continue to work with InDesign, which is an excellent print production tool with a large pool of skilled designers, while producing the digital outputs demanded today. We’ll look at some of the most common options for an ‘Adobe-first’ production strategy.

Putting Adobe InDesign at the center of your production workflow 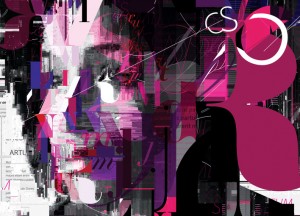 Publishers are increasingly looking to generate ebooks from the same programs they use to create print editions.

This has several advantages including using existing staff, publishing in multiple formats, and integrating ebooks into the normal production workflow.

Adobe InDesign is the most widely-used professional publishing software. As well as producing print editions, it includes the ability to export a publication to EPUB format (including support of an expanding range of EPUB3 features).

Should you use InDesign for digital production?

Using Adobe InDesign as the core production tool makes a lot of sense for publishers who already have a big investment in InDesign. But it should be noted that for publishers without printed editions, or those planning a digital-first production environment, InDesign isn’t necessarily the best choice. Its print-centric approach makes it less suitable for digital production. Many of the new tools which we’ll look at will work much better producing, testing and managing digital files. There are also an increasing range of services which will produce print files from ebook or web sources.

InDesign’s ability to produce clean EPUB files has improved since it was first introduced in InDesign CS4. But the process is not as automated as the sales brochures would like you to believe. It requires careful styling and preparation and plenty of clean-up of the exported file so you’ll still find yourself poking around the HTML and CSS code to get it working well.

In its latest versions, Adobe has also improved the EPUB export by giving designers more EPUB-specific options at the layout stage to optimize images, type, styles and metadata for more accurate EPUB creation. InDesign styles can be mapped to the source manuscript mark up styles, and a process referred to as ’round-tripping’ can ensure that changes to the manuscript and production files can be kept in sync.

Kindle ebooks can be exported from InDesign using a free, Amazon-supplied ‘plugin’ (a small  program that runs inside InDesign) since InDesign doesn’t have native Kindle support. The same caveats apply to producing Kindle ebooks from InDesign: the raw output will probably need to be cleaned up before uploading to a commercial service (http://adobe.com/indesign). 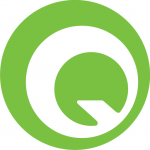 Quark is InDesign’s main rival as a professional page layout program and offered conversion to EPUB format in its latest version, QuarkXPress 9. There is no Kindle export but publishers can supply the EPUB file to Amazon for conversion to Kindle format.

QuarkXPress also has a cloud service called App Studio.  It converts Quark and InDesign files into HTML5 content and distributes that content through Apple and Android app stores.

Woodwing software integrates with Adobe InDesign to produce multiple digital formats for the web, tablets and e-readers from the same InDesign files. It supports a wider range of digital formats than Adobe DPS but can integrate with DPS to allow publication of apps through Adobe’s Content Viewer technology. http://woodwing.com

Typefi is another multi-format system that  integrates with InDesign. It can take marked up Microsoft Word or XML source documents and automate the production of richly-formatted books, ebooks, PDFs and web content. https://www.typefi.com/

Professional-grade software aims at graphical and interactive publications such as illustrated and children’s ebooks. Imports InDesign files. Output formats include EPUB3, Kindle and apps for Android and iOS. Annual licence with a free trial option. http://pubcoder.com